The “Union of the Comoros”, formerly the “Federal Islamic Republic of the Comoros” is a tiny island nation in the Indian Ocean, situated between Madagascar and Mozambique. The three islands of Grand Comore, Anjouan and Moheli became independent from France in 1975, the fourth island, Mayotte, remained French. Public transport is mainly by pick-ups, there are very few buses.
We show buses seen between 1985 and 1989. The largest buses belonged to Air Comores, which had two Mercedes-Benz O321H, one in company colors. The one still in service was replaced in 1987 by a Hundai FB500, which initially was white and red when it arrived in the country (on Anjouan) but was repainted white and green once in service on the main island. 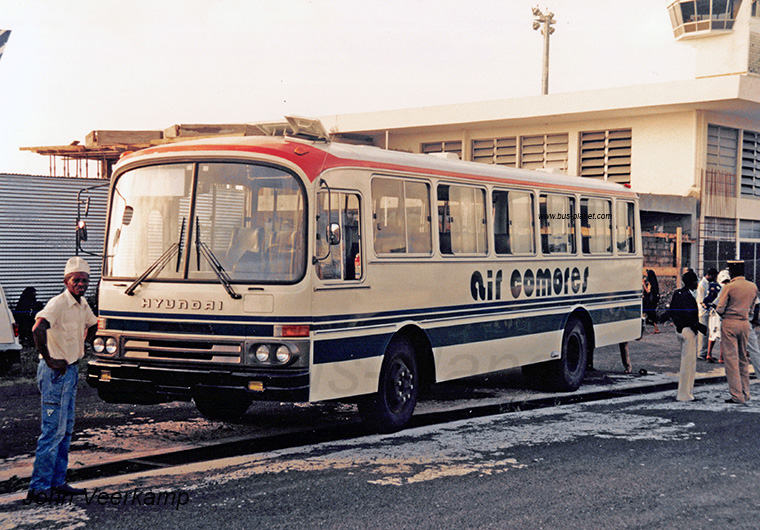